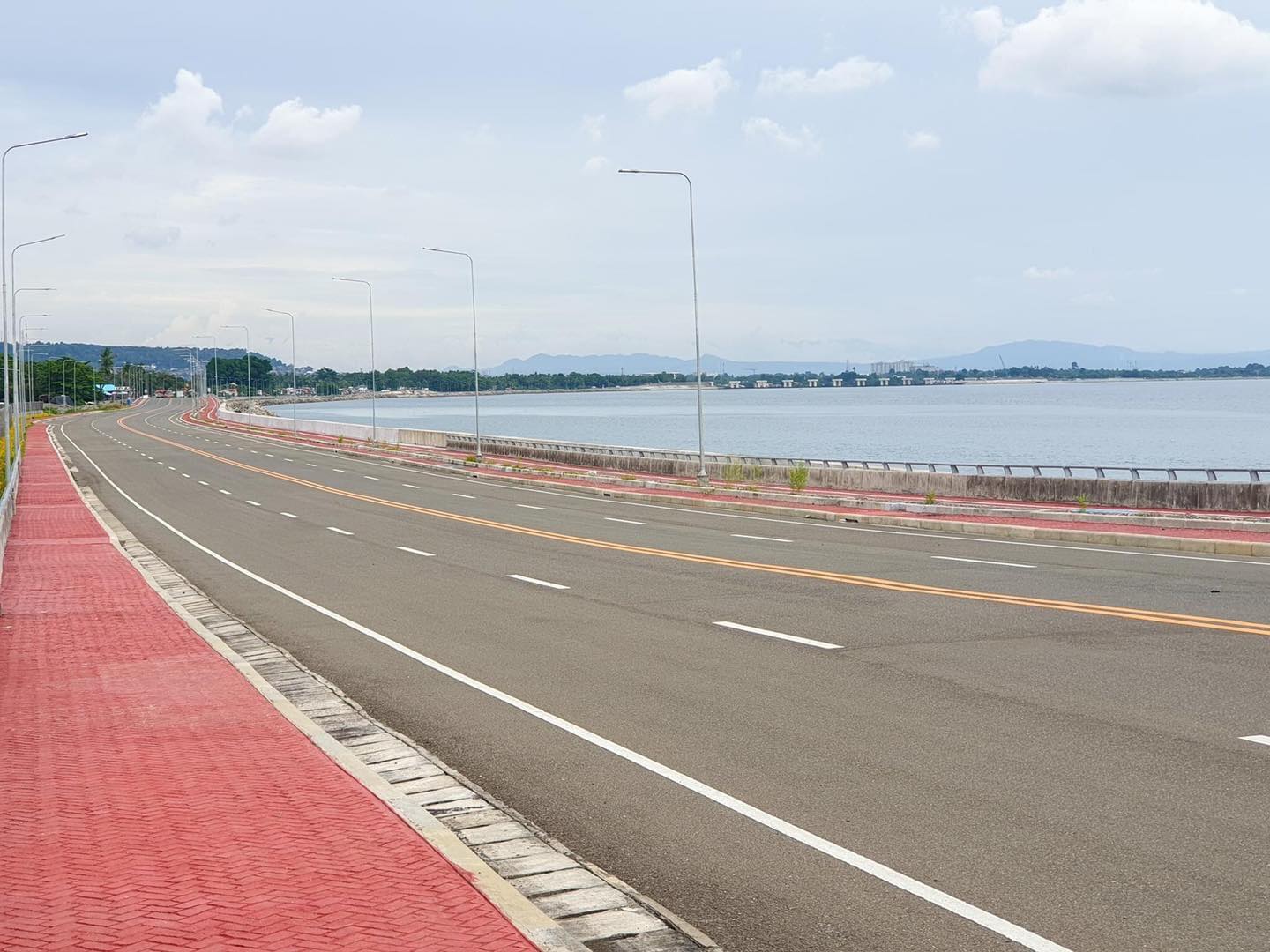 Presently, the Build! Build! Build! (BBB) program is considered to be the most ambitious one in Philippine history. It aims to lead our country in the Golden Age of Infrastructure. It was designed to achieve significant improvements in infrastructure growth in the country to help the country keep up with the rapid growth in urbanization and population. As part of this program, the national government may be forced to acquire private property such as one’s house and lot. If this occurs, private individuals and/or entities should be aware of the legislation that protect their rights and explains government limitations. One important and crucial law is Republic Act No. 10752, otherwise known as the “Right-of-Way Act”, which implements the constitutional fiat that “private property shall not be taken for public use without just compensation.” (Section 9, Article III, 1987 Philippine Constitution). The purpose of this law in the Philippines is to “ensure that owners of real property acquired for national government infrastructure projects are promptly paid just compensation for the expeditious acquisition of the required right-of-way for the projects.”

This law encompasses all national government infrastructure projects and its public service facilities, engineering works, and service contracts, including projects undertaken by government-owned and -controlled corporations (GOCCs), all projects covered by Revised Implementing Rules and Regulations of R.A. No. 6957, “an act authorizing the financing, construction, operation and maintenance of infrastructure projects by the private sector and for other purposes”, as amended by R.A. No. 7718. In addition, this Philippine law states that the government may acquire real properties needed as right-of-way sites or locations for any national government infrastructure project through donation, negotiated sale, expropriation, or any other mode of acquisition.

The legal framework governing right-of-way has undergone numerous changes. For instance, rules that were in effect in 2016, have rapidly evolved into new practices today. Many of them are diametrically opposed. Since the Build! Build! Build! (BBB) projects continuously affect many Filipinos, the Right-of-Way Act, Republic Act (RA) 10752, dated March 7, 2016, as well as its implementing rules and regulations (IRR), dated May 25, 2016, are the best places to start. Nevertheless, at present, not all of their provisions are fully operational. Some sections are still normative law– meaning they are ineffective and merely aspirational.

Old vs. New Right-of-Way Act of the Philippines

It is important to take note of the noteworthy differences between the old right-of-way law (RA 8974) and the current Right-of-Way Act (RA 10752) of the Philippines which are:

In terms of the offer price to buy one’s property such as a house and lot, that would be affected by government projects like road widening, the old right-of-way law authorizes a first offer with the zonal values as its basis. This is usually rejected hence, a second offer is done. Now, the market value of the property is the basis of the offer. Furthermore, market values could also utilize the appraisal report of an appraisal committee or of private appraisers as the basis for the market value.

On the other hand, under the current right-of-way law, there is only one final offer to which the current market value is the basis. Governments apply the appraisal report of a government financial institution (GFI) such as the Land Bank of the Philippines or Development Bank of the Philippines, or of an independent property appraiser (IPA) that is recognized by the Bangko Sentral ng Pilipinas (BSP) as its basis for the offer. The use of a government financial institution and an independent property appraiser guarantees objectivity since these practices are consistent with global good practices.

2. Payment of the Capital Gains Tax

With reference to the old right-of-way law, payment of capital gains tax (CGT) for the transfer of property to the government is shouldered by the owner.

While under the current law, if the transfer is by way of negotiated sale, capital gains tax (CGT) is paid by the implementing agency (IA). If an owner refuses a negotiated sale and prefers to be subjected to an expropriation proceeding, he or she is responsible for paying this tax as a penalty to the government.

The old law did not recognize partial payments or payments by installment.

However, the first payment of 50 percent of the price of the land and 70 percent for the affected structures are requisites of the current law.

4. Issuance of the Writ

The timing of the issuance of the writ of possession in expropriation cases would vary per the old right-of-way law of the Philippines.

On the other hand, the court issues the writ of possession within seven days upon a deposit of the sum equivalent to the zonal value of the affected land under the current law.

There is no provision for the subterranean acquisition under the old law.

However, the surface owner must be well-compensated for the loss of beneficial use of his or her property under the current right-of-way law of the Philippines.

It is significant that a homeowner either accepts or rejects a letter offer from the government to purchase their own property within 30 days of receiving it. If he or she decides to reject this, a case against them may be filed immediately by the implementing agency for expropriation. Expropriation is unfavorable to many property owners because the initial payment is only based on zonal value. Property holders are immediately evicted once a writ of possession is issued and their property can be forcibly demolished; and the balance of just compensation is issued only after the expropriation case is resolved, which can take years. Money’s value would have dropped significantly by then. Worse, the affected owner is responsible for the Capital Gains Tax (CGT).

Since the COVID19 pandemic had a huge impact on the global economy, this halted most initiatives of the program. Our country had to suffer a significant loss from the disruption of construction activities to prioritize urgent needs such as health and digital infrastructures. Thus, to ensure the completion of several ongoing projects initiated by the Build! Build! Build! Program, the government of the Philippines has set aside P34 billion for Right-of-Way payments as the Duterte administration prepares to start building large, multiphase public infrastructure projects this year.

The law to which the Right-of-Way expenses are authorized is under the Philippines’ Right-of-Way Act (Republic Act 10752). Surigao del Sur Rep. Johnny Pimentel reported that for Right-of-Way acquisition, P21.3 billion is granted to the Department of Public Works and Highways (DPWH) while the Department of Transportation (DOTr) is given a budget total of P12.7 billion. In addition, Pimentel disclosed that the Right-of-Way payments for the Department of Public Works and Highways (DPWH) are allocated for the construction of new roads, flyovers, and bridges, such as the 74-kilometer Metro Cebu Expressway Project and the 8.2-kilometer 4th Cebu-Mactan Bridge and Coastal Road Project. On the other hand, a huge amount of the Department of Transportation’s (DOTr) Right-of-Way payments will go to property owners affected by the 147-kilometer North-South Commuter Railway Project from Calamba, Laguna to New Clark City in Capas, Tarlac; the 639-kilometer Philippine National Railways South Long Haul Project from Manila to Legazpi City; and the 25-hectare New Cebu International Container Port Project in the Municipality of Consolacion. These are promising projects indeed, especially in resolving the issue of urbanization. Well, there is great news for those planning to move here because there are affordable houses and lots in these areas developed by BRIA Homes.

Critiques, nevertheless, recommend that other than improving on the actual provision of infrastructure, the government should support and implement policy reforms that would ensure a conducive environment for both public and private investments in the infrastructure sector, especially in the post-pandemic era. Critical to these reforms is the enactment of the Public-Private Partnership Act, the National Transport Policy, the Amendments to the Right-of-Way Law, and the Sustainable Transportation Act.

Is Davao More Than Ready For The Post-Pandemic Boom? 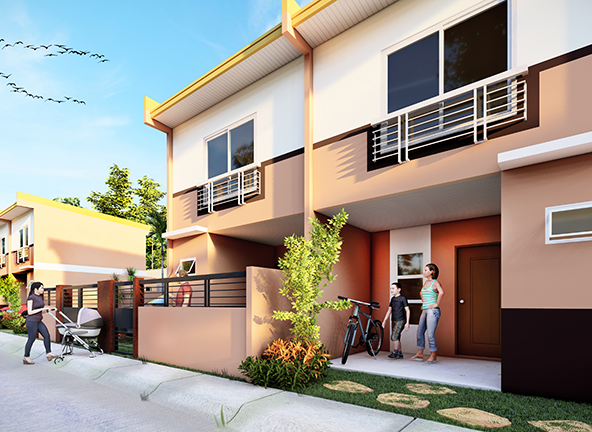