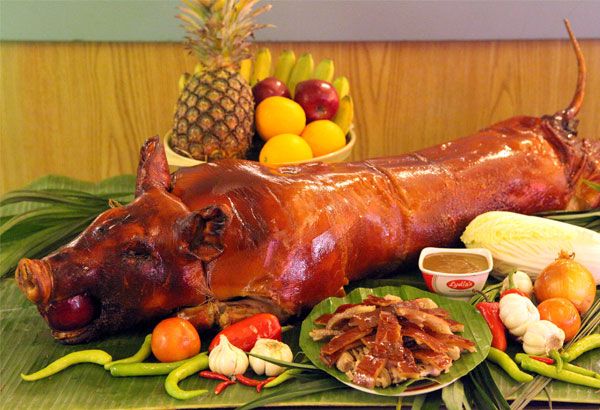 It’s the most wonderful time of the year and the best moment for Filipino families to gather together for a wonderful Christmas dinner. The Christmas season is probably the most awaited celebrations for Filipinos who start to decorate their homes with lights and lanterns as early as September. And by this time, planning the recipes to serve on Noche Buena that would fit your budget. We’ve listed down 7 traditional Christmas eve feast in every Filipino Noche Buena for you to reminisce the holiday season and get an idea for food preparation.

Aside from buying gifts, Christmas carols, and spending Christmas bonus, Filipinos are looking forward to have a taste of Noche Buena which allows Filipino families to re-unite, share stories, laughter and love.

What is the meaning of Noche Buena?

The Spanish word buenas noche which means good night is where Noche Buena came from. Spanish-influenced cultures celebrate the night before Christmas which symbolizes an evening of goodness. The evening of goodness refers to the eve of Christ’s birth. For Filipinos, Noche buena symbolizes the birth of Christ and it also refers to the prepared festive meal which is eaten with family on Christmas Eve.

Noche Buena has been a tradition to Filipinos since the introduction of Christianity during the Spanish occupation. Filipinos traditionally attends Christmas eve mass or simbang gabi which starts every 16th of December and ended with a Christmas midnight mass which is Misa de Gallo. These traditions have been Filipinos’ way of celebrating the yuletide season.

Indeed Christmas would never be the same without the traditional noche buena dishes. To elaborate this, here are some of the staple food that Filipino families enjoy for Noche Buena:

First on the list is the “grandest of them all” which could be served not only during fiestas but also on other special occasions like Christmas. Lechon is a whole roasted pig, known for its crispy skin and mouth-watering juicy meat. Lechon is slowly cooked over charcoals for hours, with its bombing flavor, stuffed with different herbs and spices.

Lechon is usually placed at the center of the table, this scrumptious food is totally the star of the night to every Filipino’s noche buena.

Now Filipinos do not just limit their Lechon to pig, varieties of Lechon has always been a favorite too. Lechon manok, lechon baka, lechon belly, and lechon kawali are just some of the exquisite food that could also be served for noche buena.

Probably wondering how a family could finish a whole roasted pig over a night, after celebrating Christmas and enjoying the noche buena, Filipino families usually create something out of the leftovers. Just like Lechon, there could be a lot of leftovers that could feed a family for another day or two. Usually, leftovers like skin that is no longer crispy, pig’s head, legs, and tail could be stewed together with vinegar, chilies, black peppercorns, and the leftover liver sauce, creating a rich stew that is usually served the day after the feast. Lechon paksiw is just one of another favorite easily made out of lechon itself.

The sweet Filipino spaghetti is indeed timeless, it is not just for kids’ birthdays but also served to celebrate the birth of Christ. Filipino spaghetti is unique for its sweet sauce, while adding sausage or hotdogs makes it more toothsome. It is adorned with ground beef or ground pork sautéed with garlic and onion to complement its saltiness. Lastly, who doesn’t love a cheesy spaghetti? Filipinos are generous when it comes to cheese, Filipino spaghetti is incomplete without cheese.

Christmas brings another opportunity for Filipino families to enjoy ham and queso de bola. Ham and cheese is not usually common in Filipino table. It has been a Filipino Christmas tradition to have ham and quezo de bola for noche buena to make Christmas even more special.

Quezo de bola literally means “ball of cheese”, it’s a round, semi-hard Edam cheese with a salty and nutty flavor and covered in red paraffin wax. It is usually eaten as it is or added to a sandwich as spread.

Ham on the other hand is also a perfect match for quezo de bola. Although ham in the Philippines is different from other countries. Christmas ham is a cured, smoked pork leg with a fruity glaze – usually pineapple – that gives it a smoky-sweet taste. It is usually eaten with quezo de bola or in a sandwich. Ham is already cured and smoked, which means it is ready to eat. However, for some Filipinos cooking, it would be another level to enjoy it.

What would be a noche buena without desserts? Christmas is known for being so colorful, with lights and decorations like Christmas lanterns and Christmas balls. Furthermore, when it comes to noche buena, desserts are the ones that’s giving color to the table. Salad, for instance, is not just aesthetically pleasing but also delightful to the mouth. Aside from it being easy to prepare, creativity is needed by just using anything available in the fridge.

Fruit salad is one of the most common dessert served for Christmas, while macaroni salad is also something that Filipino family loves to eat for noche buena. Buko, sago and gulaman salad is an enjoyable dessert too. These are just some of the delish salad for desserts, meanwhile leche flan, cake and ice cream could also be a perfect alternative for salad.

Filipinos love to eat kakanin and that explains why kakanin is served at any occasions especially for fiestas and Christmas. Puto bumbong is a traditional Filipino Christmas food that is usually sold near churches during simbang gabi. It is a purple rice cake steamed in a thin bamboo tube called bumbong.

It is best topped with muscovado sugar, cheese, and coconut shavings. Puto bumbong became one of the most awaited food for noche buena since it is not common to find it during off season.

Aside from puto bumbong, bibingka is another traditional Filipino Christmas food. In contrast, it has coconut milk, eggs, sugar, and margarine which makes it savory. Bibingka is usually topped with salted egg and cheese. It is traditionally cooked on a clay pot lined with banana leaf, with charcoal over and under the pot to cook the contents evenly.

Here are some alternatives when puto bumbong and bibingka are not available: cassava cake, puto, and maja.

You certainly can’t miss a barbecue on every Filipino occasion. The Filipino-style pork barbeque or just simply pork skewer is basically a staple dish for special occasions in the Philippines. It is usually marinated with sweet Filipino sauce for hours then grilled over charcoal. While some Filipinos love dipping it with a liver sauce, it is usually dipped in spicy vinegar or paired with atchara.

The juicy and tender pork skewers are perfect for noche buena, its smoky flavor is undoubtedly a treat to taste.

Filipinos love meat and that is why there is no limit when it comes to cooking it. Chicken barbecue is also another option for it can also be prepared with the same ingredients of the pork barbecue. It is actually one of the famous Filipino noche buena, because grilling barbecue is such a great bond for Filipino families on Christmas Eve.

Barbecue could definitely satisfy a palate, other meat dishes like morcon and embutido could also be the highlight of noche buena.

Morcon is a meat roll dish that can be served as an alternative. Although it is more preferred to use beef for morcon, it is usually stuffed with carrots, pickles, cheese, sausage and boiled egg. It is slowly cooked in a low heat on a tomato sauce which serves as the gravy or sauce.

Aside from morcon, embutido is likely to be served for special occasions too. It’s like having a party with every bite of embutido. Embutido is a Filipino style meatloaf loaded with different flavors, it is a grounded meat stuffed with vegetables and boiled egg. There are different ways of cooking it, by covering it with foil and steam it or simply fry or bake it in the oven.

Lumpiang shanghai- an all-time favorite party snacks is a Chinese influenced Filipino dish that can be found in every Filipino occasion. Lumpiang Shanghai is known as Filipino spring rolls in other countries. This famous Filipino noche buena is easy to make with it simple ingredients- ground pork with minced carrots and garlic and seasoned with salt and pepper wrapped in a thin crepe-like wrapper then fried. The flavor could be elevated with shrimp, celery, and singkamas. Filipinos love it for its golden brown- crispy texture. It could be eaten alone but usually is perfect when dipped in sauces. Some would prefer dipping it in sweet banana ketchup, sweet chili sauce, liver sauce or spicy vinegar. It is perfect to be served on special occasions that could cater to a large number of people, with its cheap ingredients it could certainly satisfy all the guests.

Another spring roll recipe like lumpiang togue could definitely satisfy a palate especially for those who are not fond of meat. Togue is bean sprouts wrapped to fry till golden brown. Just like lumpiang shanghai, it could be served with a dipping sauce like vinegar. It is usually served as a side dish and also perfect as a snack (meryenda). Moreover, this could be a perfect alternative to lumpiang shanghai for noche buena.

For a healthy version of lumpiang shanghai, lumpiang ubod also known as fresh is a perfect alternative. With wrapped fresh vegetables, ubod or hearts of palm and ground pork, shrimp could also add an umami flavor. Preparing the lumpia wrapper could be a little time-consuming but it was all worth it because of its soft texture. The sweet sauce with crushed roasted peanut makes it exceptional.

The True Meaning of Christmas

With just a few more sleep, families will gather around to celebrate Christmas. It will never be the same without the special traditional foods on the table, although food is just another part of it. What’s important is families gathering around the table sharing laughs and love while catching up on what happened throughout the year.

Filipinos tend to find happiness in every instances no matter what the situation is. With covid around, there’s still a lot of reasons to celebrate Christmas. No matter what food is served, no matter how simple it is, as long as families are bonded to face tomorrow.

So don’t stress out yourself thinking about what to prepare for noche buena because here are the list of famous Filipino noche buena food that your family will probably love to eat on Christmas:

Don’t limit yourselves, you can prepare any food for noche buena. Maybe choose something that your family loves to eat, or cook your kids’ favorite. That way, they will definitely enjoy every bite and ask for more. Preparing your noche buena at your Bria Homes will sure complete your Christmas Eve. Celebrate Christmas with your loved ones over dinner in the comfort of your Bria Homes.

Bria Homes is one of the top real estate companies in the country with over 50 developments in major Philippine cities and municipalities. Bria Homes offer affordable, quality, and beautiful house and lots, and condominiums.

Affordable House and Lot: Must-see Tourist Sites in Morong and Other Towns of Rizal

Why Choose Inverter Appliances for Your Bria House and Lot 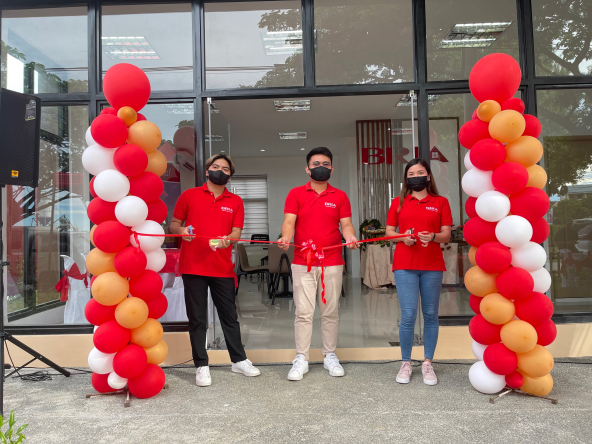 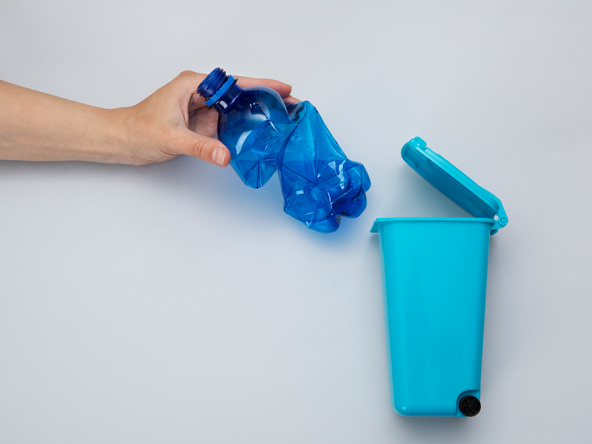 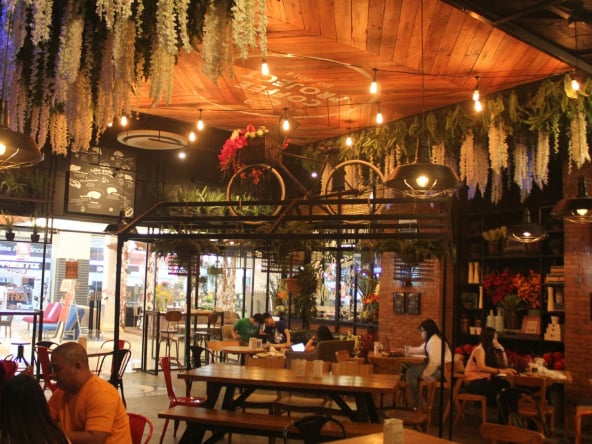